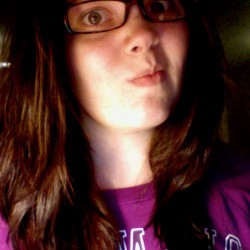 Between the Lines By Jodi Picoult and Samantha Van Leer

When I found this book and read the description, I was instantly intrigued and wanted to read it. However, I found the more I read the less intrigued I became. I really enjoyed the overall idea of the story, the real lives of characters in the books we read. It was different than anything else I had ever read before, and I admire the authors for that.

When thinking of why the story was just good and not great or fantastic the only words I could think to describe it were, it was almost too juvenile for my personal tastes. It could be that it was based on a fairy tale, and that affected the plot and dialogue of the novel. It could also have been that the characters were younger than I am, even though it was not a huge age difference, it was enough for me to find it hard to relate to them at times.

Finally, I had a hard time with the ending, which is usually the best part of the book. It seemed a little rushed and after reading the whole novel, I did not understand how that ending could have worked. Although I am making it sound as though I did not enjoy this novel, it did entertain me and like I said, the plot line was different from other books I read, which is always refreshing. If anyone else has read this book I would love to hear your thoughts and interpretations (mostly on the ending haha).

Just found out about this site...dont know why I wasnt informed sooner! :) Cant wait to get started